In multiple sclerosis, damage to the myelin in the central nervous system (CNS), and to the nerve fibers themselves, interferes with the transmission of nerve signals between the brain and spinal cord and other parts of the body. This disruption of nerve signals produces the primary symptoms of MS, which vary depending on where the damage has occurred. Over the course of the disease, some symptoms will come and go, while others may be more lasting. Some symptoms of MS are much more common than others.

Fatigue
Fatigue is one of the most common symptoms of MS, occurring in about 80% of people. Fatigue can significantly interfere with a person’s ability to function at home and at work, and may be the most prominent symptom in a person who otherwise has minimal activity limitations.
Learn more about Fatigue
Download Fatigue Booklet

Your Emotions
Emotional changes are very common in MS—as a reaction to the stresses of living with a chronic, unpredictable illness and because of neurologic and immune changes caused by the disease. Bouts of severe depression (which is different from the healthy grieving that needs to occur in the face of losses and changes caused by MS), mood swings, irritability, and episodes of uncontrollable laughing and crying (called pseudobulbar affect) pose significant challenges for people with MS and their family members.
Learn more about Your Emotions
Download Your Emotions Booklet

Visual Problems
A vision problem is the first symptom of MS for many people. The sudden onset of double vision, poor contrast, eye pain, or heavy blurring is frankly terrifying-and the knowledge that vision may be compromised can make people with MS anxious about the future.
Learn more about Visual Problems
Download Visual Problems Booklet

Spasticity
Spasticity refers to feelings of stiffness and a wide range of involuntary muscle spasms (sustained muscle contractions or sudden movements). It is one of the more common symptoms of MS. Spasticity may be as mild as the feeling of tightness of muscles or may be so severe as to produce painful, uncontrollable spasms of extremities, usually of the legs. Spasticity may also produce feelings of pain or tightness in and around joints, and can cause low back pain. Although spasticity can occur in any limb, it is much more common in the legs.
Learn more about Spasticity
Download Spasticity Booklet

Sexuality & Intimacy
Sexual problems are often experienced by people with MS, but they are very common in the general population as well. Sexual arousal begins in the central nervous system, as the brain sends messages to the sexual organs along nerves running through the spinal cord. If MS damages these nerve pathways, sexual response—including arousal and orgasm—can be directly affected. Sexual problems also stem from MS symptoms such as fatigue or spasticity, as well as from psychological factors relating to self-esteem and mood changes.
Learn more about Sexual & Intimacy
Download Sexual & Intimacy Booklet

Speech & Swallowing
Speech and voice problems occur in approximately 25-40 percent of people with MS, particularly during relapses or periods of extreme fatigue. The problems are of two types—dysarthria refers to changes in the production of speech, including slurring, unclear articulation of words, and difficulty controlling loudness; dysphonia is the term used for changes in voice quality, including hoarseness, breathiness, nasality, poor control of pitch. Swallowing problems—referred to as dysphagia—result from damage to the nerves controlling the many small muscles in the mouth and throat. When dysphagia occurs, food and liquids can pass into the airway and lungs, causing the person to cough and choke. Because particles that remain in the lungs can cause aspiration pneumonia—a serious complication of MS—prompt evaluation and treatment by a speech/language pathologist are essential.
Learn more about Speech & Swallowing
Download Speech & Swallowing Booklet

Thinking & Memory
MS can sometimes affect a person’s ability to think and remember. Common observations include: “I find it very hard to concentrate”, “I often can’t find the words i want to use”, “I have trouble remembering names of people”. The technical term for problems with thought process is ‘cognitive dysfunction’ and whether a person with MS will experience these problems cannot be predicted from age, level of physical disability, duration of MS, type of MS, or intelligence tests.Cognition refers to a range of high-level brain functions, including the ability to learn and remember information: organize, plan, and problem-solve; focus, maintain, and shift attention as necessary; understand and use language; accurately perceive the environment, and perform calculations. Cognitive changes are common in people with MS—approximately 50% of people with MS will develop problems with cognition.
Learn more about Thinking & Memory
Download Thinking & Memory Booklet

Pain
Pain syndromes are common in MS. In one study, 55% of people with MS had “clinically significant pain” at some time. Almost half were troubled by chronic pain.
Learn more about Pain
Download Pain Booklet

A person with MS will usually experience more than one symptom but NOT necessarily all of them. 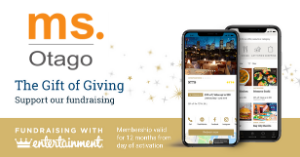